The winter season is the time for restoration! The past few weeks, our carpenters have been tirelessly working on sprucing up some outbuildings on the property. Slate roofing tiles were replaced and a fresh coat of white paint dressed up the Schoolhouse and Main House. A few poplar boards were replaced on the Office (originally the Overseer’s cabin), exposing the salmon brick-nogging underneath. These bricks acted as insulation from the temperature changes and wind. 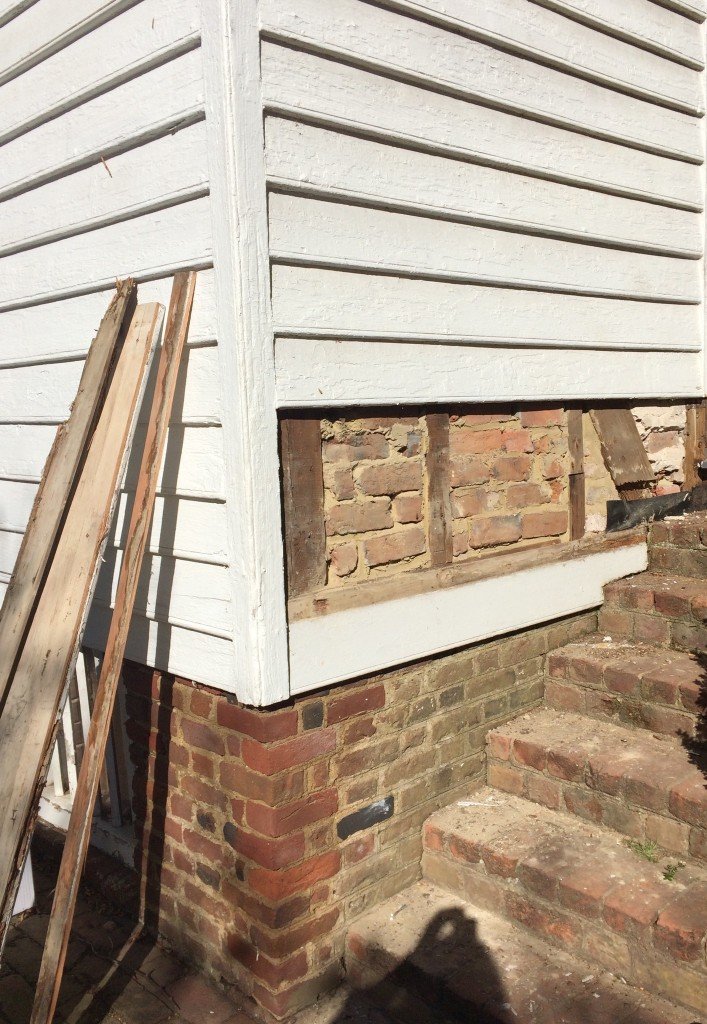 The salmon brick-nogging insulation of the Office exposed.

The largest project has been the complete overhaul of the Storehouse on Plantation Street, which started showing its age of almost 280 years. The carpenters have kept to 18th-century techniques, using the traditional joinery of wooden pegs and perfectly cut boards instead of modern nails and glue. 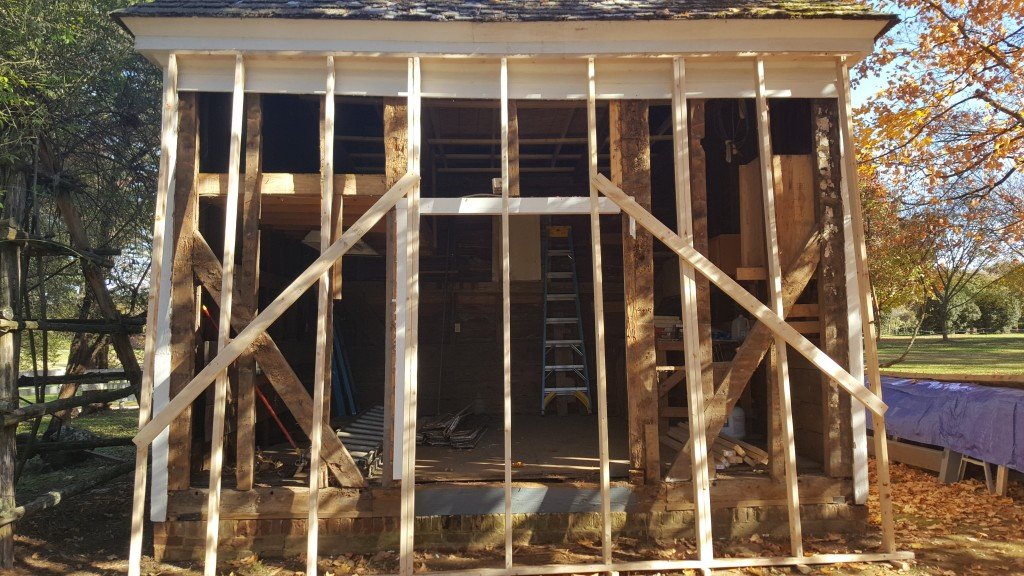 Restoration of the Storehouse in 2017.

One of the original beams removed was engraved with the Roman Numerals four through eight at specific intervals. The carpenters engraved “2017” in Roman Numerals on the new replacement beam. 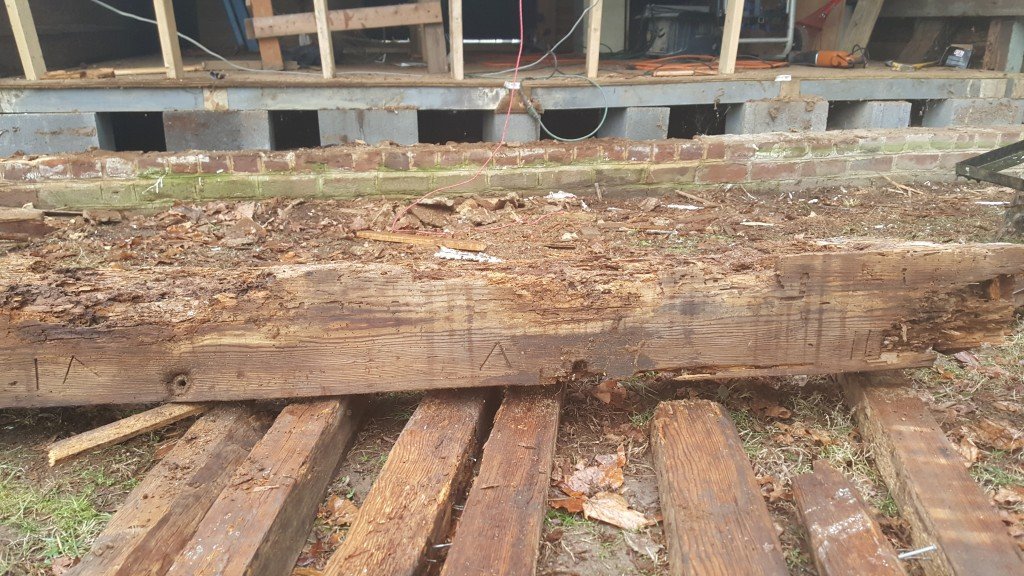 An original beam from the Storehouse etched with the Roman Numerals 4 through 8.

The new year means a “new” fresh look for the plantation. Thank you to the guests who’ve contributed through donations or tours, as you’re the funding behind the restoration!

9:00am until 5:00pm
Open daily, except when closed for private events

It was a day like today that Dickens wrote of, say

Though we thawed out pretty quickly, the ice encru

"It is love, has been love, will always be love, t

Snow brings a special quality with it — the powe

Dogs of Tuckahoe: Meet Pistola! The name says it a

Dogs of Tuckahoe: Meet Jynx! Or as some of our reg

Dogs of Tuckahoe: Meet Pearl! This little doll is

No two sunsets are ever the same, but each of them

Dogs of Tuckahoe: Meet Tilly! Tilly is a working